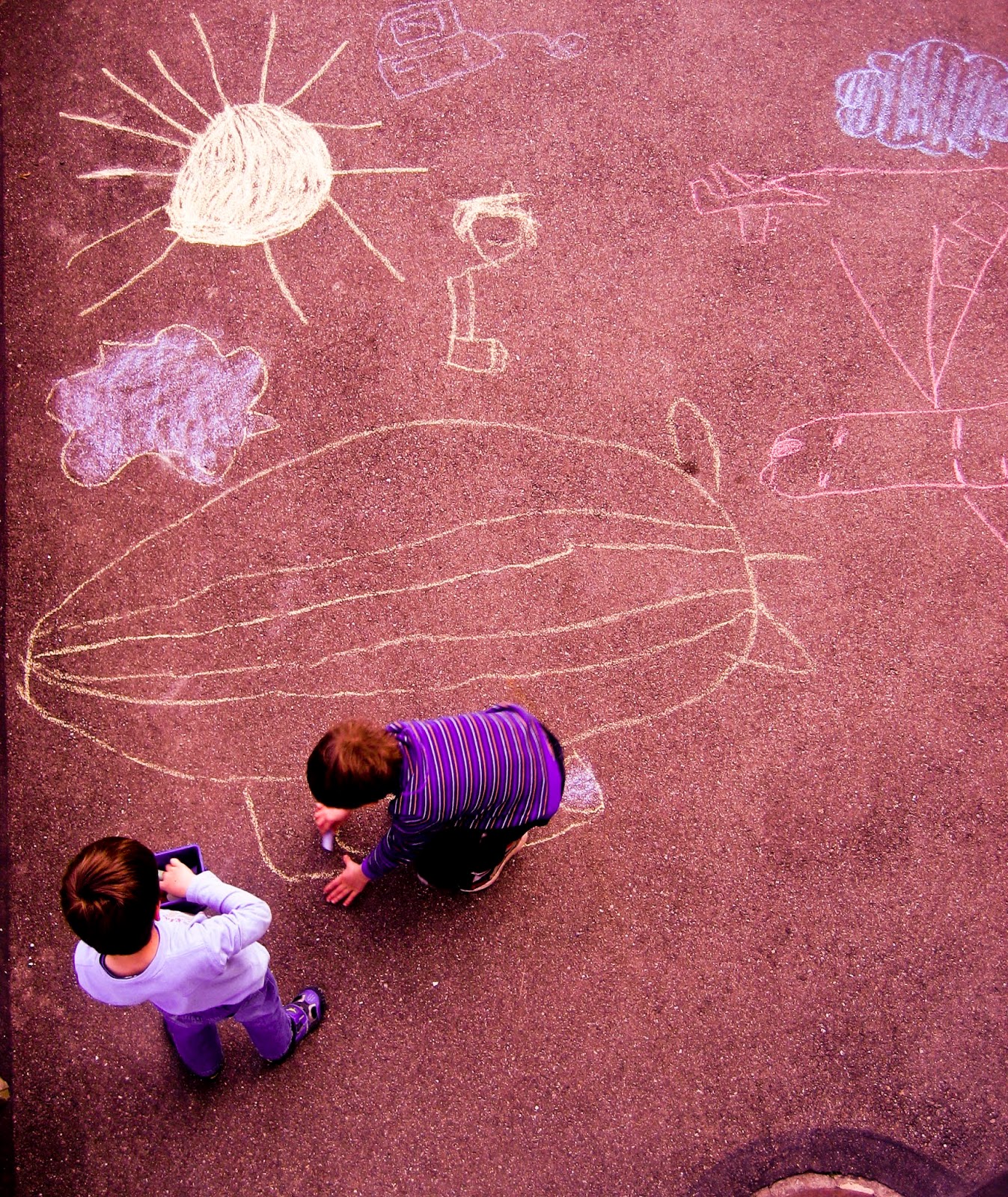 “We are looking at the clouds in the sky,” said one of my sons to me, lying down on top of a big wooden box in the playground of the local secondary school.

They were waiting for me. I was in the library near the school, changing books and looking at the titles on the shelves. They had come on their bicycles and quickly disappeared from my view, as I was walking. Some years ago it was I who had to wait for them.

When my youngest son was four years old we decided, based on how things had gone with the older one, to take the two stabilisers from his bicycle, but he wasn’t ready to use the bicycle without the small wheels. He fell again and again, and even gave up and chose for some time to use only the scooter, because he could go faster and with full control.

Now at age five, he is using his bicycle again and loves to go fast next to his older brother. I like to walk and I also like to walk in their company, but their small legs must make a bigger effort to keep my rhythm and they ask me, especially the smallest, to stop from time to time. For me, it is much more fun to go quickly and to cover distances in less time.

Not so long ago children would look to the sky and never imagine that they could go near the clouds or even go above them and reach space, leaving Earth’s atmosphere. It isn’t for everybody, but flying is increasingly a reality to growing numbers of people. I had my first experience of flying at the age of 18, with a short flight from Oporto to Lisbon, and it was an amazing sensation. First being able to fly inside a heavy body like a plane, and also the speed; a trip that could take hours by car or train was made in an hour.

My two sons began to fly inside me. I don’t know what kind of memories they have from life in the uterus, and what the sudden change of air pressure in the airplane could do to their bodies at that time, but in terms of flying they are now already ahead of me.

They still have to wait for the normal development of their bodies, but technology can give them a hand in achieving things, and their curiosity is like the sky above their heads: without limits. The only limits are the ones we create inside us.

I also remember my first experience on a roller coaster and the strong sensations of the high speed. When I am driving my car, with the two boys sitting in the back, my sons sometimes ask me to go faster, but as a driver I have always tried to be careful and now, with two children, I take even more care. I would like to drive my car a little faster and turn the music up. Speed gives us a strong sensation.

My oldest son has been curious about machines since he was very young. He has a passion for cars and already knows lots of technical details about them. Sometimes, jokingly, I tell him that he could work as a car salesman but, seriously, I think he wouldn’t mind working with cars. His father is a car expert too. I also like cars but don’t pay as much attention as they do. My father, who is already 73, likes cars so much that he has two. Well, not new ones and not too expensive, but I think, if he could, he would have one fast car. This is the man who tells my children that in his youth he used to walk hours to go to work and could build small cars from things he found in nature. Now he doesn’t walk so much but he drives a lot, and I think that he will be miserable on the day that he cannot do it anymore.

As a girl, I was taught to be a little less adventurous than a boy, and while my brother learned to drive with our father before the legal age, I had to wait longer. I was curious all the same, and when I bought my first car, my heart longed for a more powerful, more expensive model.

Portuguese society has changed so much these past years that it was I, the girl, who began to travel long distances first, and then I emigrated. My brother also eventually left. He is now living in Africa, and before that he worked for some time as a lorry driver, travelling through several European countries. My sons were very impressed by the size of the lorry that he drove. However, I still hold the record for the longest trip as a tourist, to Macau, and also the longest stay abroad, since 2002, but I confess that I cannot see myself driving a lorry on the Europe motorways.

Inside the minds of my two hardly-more-than-a-meter-tall sons, the sky doesn’t have to have clouds. The oldest one, who is eight, already asked me if he could drive my car, and he treasures the knowledge that the Concorde was the fastest plane on earth (but stopped flying because it was very expensive). The travels my boys take in their imaginations today will perhaps someday become their reality.

Text and Illustration by Albina Nogueira